Prime Minister Narendra Modi on Tuesday said his government’s ‘historic’ farm reforms will create opportunities to take farmers to entrepreneurship and added his regime is focused on increasing their income.

Mr. Modi was speaking after releasing the autobiography of former Union Minister Balasaheb Vikhe Patil and renaming the Pravara Rural Education Society in Ahmednagar district after the Padma Bhushan recipient, via video conferencing.

Terming the farm reforms as historic, the Prime Minister said, “Today opportunities are being created to take farming and farmers from the role of annadata (food provider) to entrepreneurship.”

He said there was a time after Independence when the country did not have sufficient food stock.

“The governments priority then was to increase food production. So the entire focus was on increasing production.

“Farmers toiled hard to achieve the objective,” Mr. Modi said. But governments and policies did not pay attention towards profitability of farmers while being concerned about increasing productivity.

“People forgot about income for farmers. But for the first time, this thinking has been changed,” the Prime Minister said and listed steps the Centre has taken for the welfare of farmers. 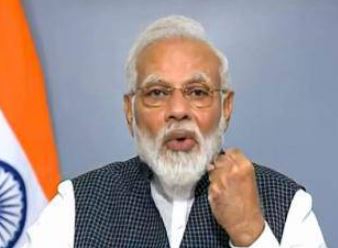