Chief Minister Mr. Bhupesh Baghel has extended hearty greetings of New Year 2020 to the people of the state. Chief Minister said that year 2019 was the year of achievements for Chhattisgarh. Major decisions such as waiving off farmers' loan, paddy procurement at Rs 2500 per quintal, distribution of 35kg rice to all the families, electricity bill halved for upto 400 units, other than the historical decision of returning lands to farmers of Lohandiguda were taken and acted upon.
In urban areas, registry of small land plots was started. Collector rate was reduced by 30% and decision to free hold the land plots was taken. Gomashta Act was amended. Chief Minister Haat-Bazaar Clinic Yojana was launched to provide access to health services to maximum number of people. Chief Minister Urban Health Scheme for urban slums, Suposhan Abhiyan for malnutrition eradication have also been initiated in year 2019. Distribution of forest land right certificates has been started again. 'Narva, Garva, Ghurva, Badi' Yojana has been started to empower rural economy.
Chief Minister said that works related to preservation of art, culture and traditions of Chhattisgarh has also been done in last one year. Public holiday has been declared on the occasions of Chhattisgarhi festivals such as Pola-Teeja, Hareli etc. The recently organized three-day National Tribal Dance Fest in Raipur was also a humble effort in this direction.
In this one year, State Government has taken a number of decisions for welfare and development of all sections of the society and has implemented them too. In upcoming years as well, we would continue to serve people of Chhattisgarh and take every possible step towards development of the state with the goal of making Chhattisgarh one of the leading states of the country.
Chief Minister extended hearty greetings to people of the state saying that may this new year bring peace, prosperity and joy in lives of everyone. Mr. Baghel said that together we would make our ancestors' dreams of Healthy, Prosperous and Happy Chhattisgarh come true. 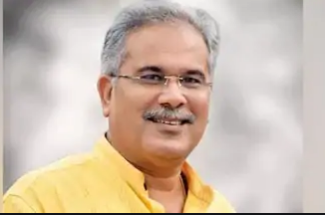